Recognizing the need for updated data on hydrogen supply in the Netherlands, DNV GL analysed the 2019 supply from the five largest industrial clusters in the country – where the majority of hydrogen is produced. DNV GL undertook this research on behalf of a client in the Dutch energy sector.

The research points to a hydrogen supply for 2019 in the Netherlands which is almost 60% higher than previously estimated.

How did DNV GL update its estimate of hydrogen supply?
The main reference for hydrogen supply in Europe was published in 2007 by Roads2HyCom. In the context of the Netherlands, DNV GL has continued to update this, most recently in 2017. Yet, most of the data on hydrogen supply and use is deemed commercially sensitive, leading to a general data gap.

These steps allowed DNV GL to develop a view of the available hydrogen supply for the five industrial clusters in the Netherlands in 2019 and to compare this with the 2017 supply data. 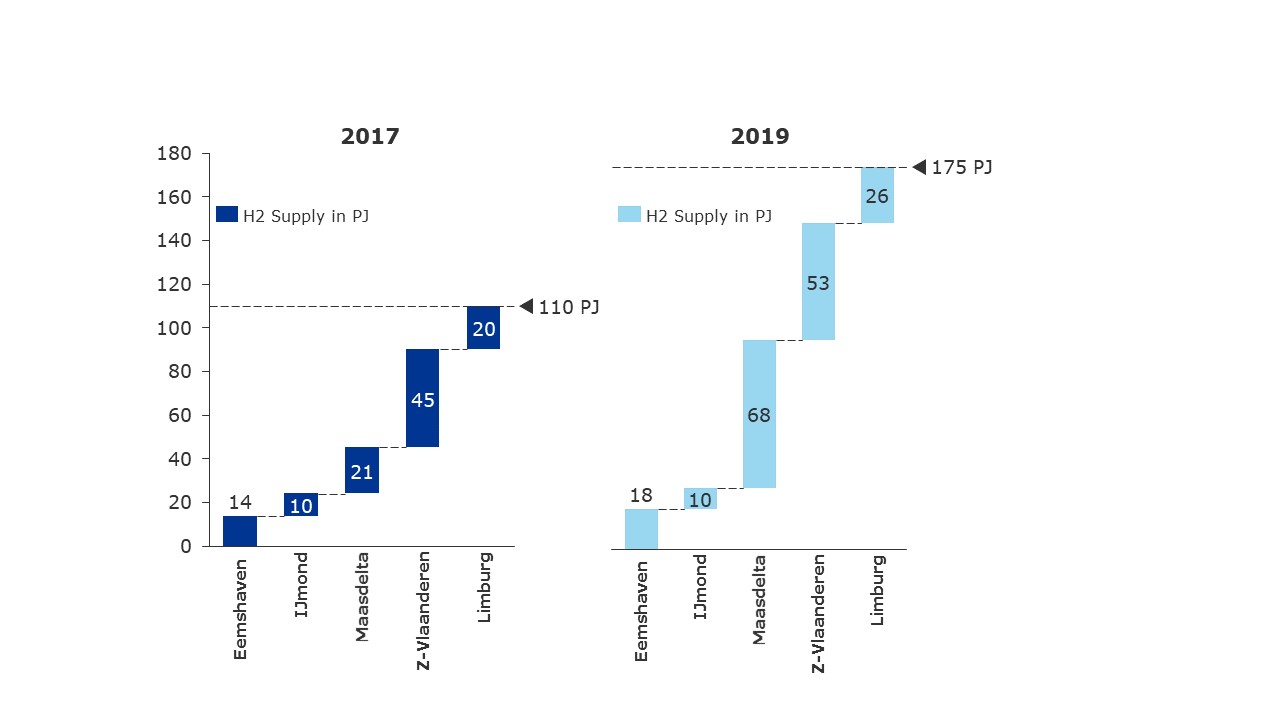 Increase in supply led by the petrochemical sector
The difference in the data relates to a previously unaccounted-for increase in hydrogen supply capacity, as well as lower base assumptions in the original data set. The majority share (71%) of this increase relates to continued investment in the petrochemical sector (and the associated endogenous hydrogen production) in the Maasdelta cluster. The other share (23%) was due to supply assumptions at fertilizer producers that proved to be too low based on output reported. 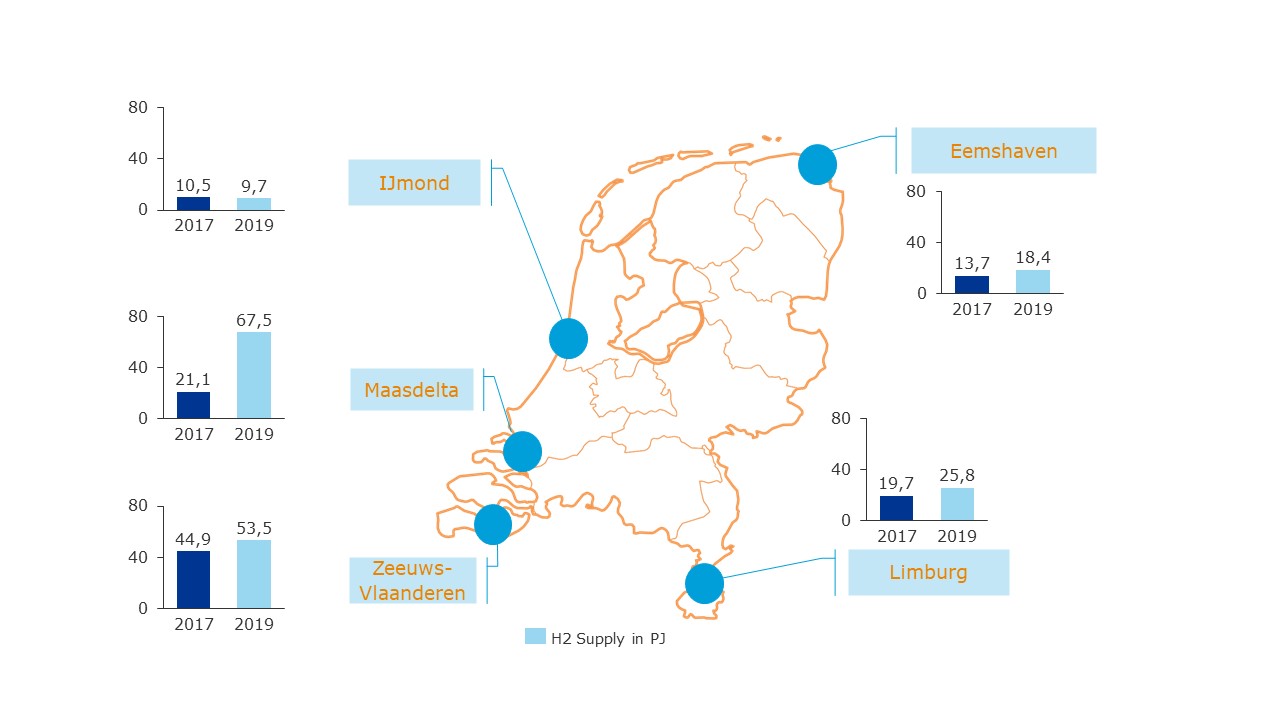 Exploring the feasibility of a switch from natural gas to hydrogen
Stakeholders are increasingly viewing the development of hydrogen technology – together with operations such as carbon capture storage (CCS) – as a potential pathway towards a more sustainable and carbon neutral economy. On a variety of fronts the Netherlands is initiating and leading efforts to develop a more sustained policy environment to support hydrogen supply, demand, technology and infrastructure. A recent conversion of a natural gas pipeline for hydrogen transport demonstrates the opportunity to give the natural gas grid a second life with green molecules such as hydrogen.

In the UK, DNV GL is a primary partner in the H21 project to investigate the safety and viability of hydrogen transportation in gas distribution networks. Tests are proving the safety case for such a switch from natural gas to hydrogen and the project has found that converting existing gas networks to hydrogen is technically and economically feasible. Much of the safety testing of pipelines, homes and appliances takes place at DNV GL’s Spadeadam facility.

DNV GL analysis predicts a 100,000-fold rise in demand for hydrogen for energy by 2050. Australia, Canada, the Netherlands, the UK and the US are most likely to adopt hydrogen at significant scale for heating residential and commercial spaces. This is because natural gas currently provides a high proportion of the energy for heating in these countries, and their existing gas infrastructure can be adapted to hydrogen distribution and storage.

CCS operations in these countries further support the use of hydrogen. CCS is the only available technology to deeply decarbonize hydrocarbon use, but it will not be employed at scale until the 2040s unless governments develop and enact more definitive policies on its use, according to DNV GL’s 2019 Energy Transition Outlook. Large-scale uptake of carbon capture and storage technology would unlock significant opportunities for hydrocarbon and renewable energy technologies to work together to decarbonize the energy mix, including through the production of hydrogen as a decarbonized energy carrier, with it emitting zero carbon at the point of use.

DNG GL’s global Industry Outlook survey for 2019 found that oil and gas professionals in the Netherlands are most enthusiastic about investing in hydrogen.

Today’s commercial readiness for hydrogen production is a potential barrier to widespread adoption of hydrogen as an energy carrier. CCS and hydrogen value chains are still very much in need of investment and innovation to scale, as exemplified by the H-vision initiative in the Netherlands, which aims to explore the large-scale production and application of blue hydrogen in the Rotterdam industrial area. Increases in hydrogen production, for all uses, are positive signs toward this investment and scaling.