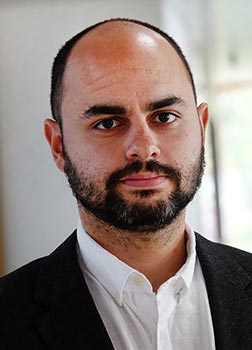 The decarbonization of the energy mix will be reflected in investment trends with money spent on renewables set to triple by 2050. Conversely, fossil fuel spending will drop by around a third. Overall, the rate of energy expenditure will slow to such a degree that by mid-century, as a percentage of GDP, the world will be spending 44% less than today.

Since the Industrial Age, economic growth and energy usage have grown hand in hand but that relationship is set to decouple definitively in 2035 when energy demand will start to drop and GDP continues to rise.

“The attention of boardrooms and cabinets should be fixed on the dramatic energy transition that is unfolding.  As money and policy increasingly favour gas and renewables, the rapidly electrifying energy system will deliver efficiency gains that outpace GDP and population growth.  This will result in a world needing less energy within half a generation from now,” said Remi Eriksen, Group President and CEO of DNV GL.  “The transition is undeniable. Last year, more gigawatts of renewable energy were added than those from fossil fuels and this is reflected in where lenders are putting their money.”

Fossil fuels will play an important if reduced role in our energy future with its share of the energy mix set to drop from around 80% today to 50% by the middle of the century, with the other half provided by renewables. Natural gas will become the single largest source in 2026 and it will meet 25% of the world’s energy needs by 2050.  Oil will peak in 2023 and coal has already peaked.  Solar PV (16% of world energy supply) and wind (12%) will grow to become the most significant players amongst the renewable sources with both set to meet the majority of new electricity demand.

The electrification trend is already enveloping the automotive industry.  By 2027 half of new cars sold in Europe will be battery powered and the same will be true five years later in China, India and North America.  This will contribute to an overall reduction in the transport sector's share of global energy demand from 27% to 20% by 2050.

The reduced requirement for energy will be reflected in investment with overall expenditure set to drop to 3.1% of global GDP from 5.5% today.  As fossil fuels will have a smaller slice of a smaller pie, spending will fall by around a third to USD 2.1 trillion.  This will be offset by the tripling of both renewables (USD 2.4 trn) and grid expenditure (USD 1.5 trn).  The nature of the spending will also alter with wind and solar projects typically requiring greater upfront CAPEX and then less operating expenditure, the opposite to oil and gas.

The planet is set to warm beyond the 2 degree limit as set by the Paris Agreement, although the affordable nature of the energy transition means there is capital available for extraordinary measures to further reduce carbon emissions.  There is no silver bullet and energy efficiency, renewables and carbon capture and storage (CCS) must all be ramped up to combat climate change.

“We need to capitalize on the affordability of the energy transition and take extraordinary measures to create a sustainable future.  We have a window of opportunity to increase energy efficiency, renewable energy and carbon capture and storage to meet the Paris Agreement but we must act now,” said Eriksen.

DNV GL serves both the renewables and oil & gas industries and the Energy Transition Outlook has become a leading impartial voice on the energy future.  In its second year, the model has been refined further and has produced a more aggressive electrification forecast (45% of energy demand by carrier versus 40%) whilst the total energy demand is slightly higher (6%).

About DNV GL
DNV GL is a global quality assurance and risk management company. Driven by our purpose of safeguarding life, property and the environment, we enable our customers to advance the safety and sustainability of their business. Operating in more than 100 countries, our professionals are dedicated to helping customers in the maritime, oil & gas, power and renewables and other industries to make the world safer, smarter and greener.

How is the Energy Transition Outlook derived?
DNV GL has designed a model of the world’s energy system encompassing demand and supply of energy globally, and the use and exchange of energy within and between ten world regions. The core of this is a system-dynamics feedback model.  The model incorporates the entire energy system — from source to end use — and simulates how its components interact.

For images, graphs and videos related to the Outlook – click here

Images, graphs and videos related to the Outlook

Images from the launch